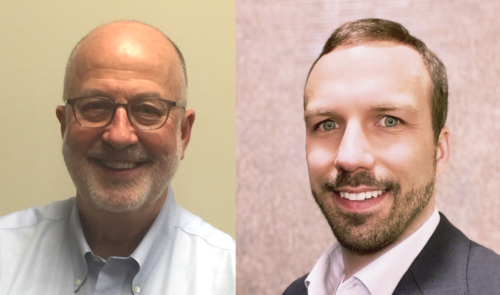 Mr. Boon brings extensive experience in the diagnostic imaging industry to his role as CEO. As diagnostic imaging is a major part of breast cancer screening, detection, diagnosis and surgery, Mr. Boon’s senior leadership roles in the areas of manufacturing, quality and regulatory, sales and product management will be advantageous to his role at PMI. Mr. Boon has previously worked with medical device companies including Imaging Dynamics Company Ltd, Del Medical Systems Group, and Agfa Healthcare. His dedication to the mission at PMI is a personal one, as his daughter is a breast cancer survivor. Prior to joining PMI, Mr. Boon served as President of Summit Industries for nearly 10 years.

“I’m looking forward to establishing clinical trials in Texas and building the  business operations for PMI in the Dallas- Fort Worth area,” said Mr. Boon “Working with Jeremy, along with our entire team in Toronto, will help us ensure successful clinical and commercial outcomes for our partners and future customers throughout the state, in a way that can truly advance healthcare outcomes for breast cancer patients.”

CFO Jeremy Sobotta comes to PMI with a diverse background in all areas of finance in the medical devices industry supporting many different geographies and go-to-market models. To date, Mr. Sobotta has been a part of the deployment of over $4 billion in capital over his career in acquisitions. His most recent role was as Head of Finance for the Stryker business unit responsible for surgical equipment and women’s health. This wide background of experience made him an ideal fit for the role of CFO, particularly as the company expands its operations into new partnerships.

“With the expansion of commercial operations, this is simply a great opportunity to get in on the ground floor of a growing organization,” Mr. Sobotta said in a statement. “From our Dallas headquarters, we’ll be establishing sales coordination with our partners in addition to clinical research and product development. It’s an exciting time to be a part of this - we’re eager to continue our medical imaging and AI innovations along with our partners and the rest of the PMI team.”

Both Mr. Boon and Mr. Sobotta are based in Dallas, Texas, the new headquarters of Perimeter Medical Imaging AI Corp. This expansion allows PMI to work closer with their Texas-based healthcare partners, including Baylor Medical Center, MD Anderson and others.

Perimeter is a private Toronto-headquartered company that is developing, with plans to commercialize, advanced imaging tools that allow surgeons, radiologists, and pathologists to visualize microscopic tissue structures during a clinical procedure. Perimeter's OTIS™ platform is an FDA-cleared point-of-care imaging system that provides clinicians with real-time, ultra-high-resolution, sub-surface image volumes of the margin (1-2 mm below the surface) of an excised tissue specimen. The ability to visualize microscopic tissue structures during a clinical procedure in addition to standard of care tissue assessment by clinician sight or physical inspection for decision making during the procedure has the potential to result in better long-term outcomes for patients and lower costs to the healthcare system.